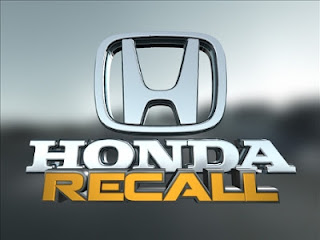 Honda has released a statement that they are voluntarily recalling nearly 250,000 vehicles worldwide for problems involving brake systems that could, without warning, activate while the driving isn’t braking.

Some of the Honda cars in the US included are:  Acura RL, Acura MDX and Pilot models.

More than 56,000 vehicles have already been recalled in Japan that include: the Odyssey, Legend, StepWgn and Elysion models.

This auto recall also involves nearly 8,000 vehicles in Canada, 1,000 in Australia, 300 in Mexico and 70 in Germany.  Autos manufactured between March 2004 through May 2006 are the vehicles that are part of this recall..

Complaints submitted by drivers around the world indicated the brake problem which forced Honda to make this recall decision.  There have been no reported injuries directly related to this braking problem yet.

According to reports the faulty brake system is caused by improper electronics and wiring in the vehicle-stability-assist system.