Justice was served for the family of a young boy who was left permanently disabled as a result of medical negligence by a doctor who performed 25 experimental surgeries on a correctable condition.  In the settlement, the family was awarded $30 Million. 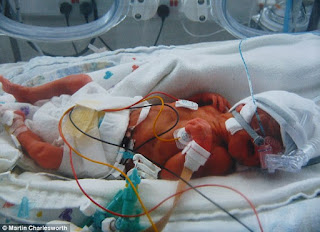 This is the fourth largest medical malpractice suit for a minor in the state of Illinois, and is the largest settlement for a child born with esophageal atresia in Illinois.
The child was born in November 2009 with a leak in his esophagus and other conditions that were not life-threatening.
The suit alleged that the doctor was negligent when he performed a second operation less than a month after the first surgery to repair the leak, which had been conducted the day after the boy was born.  Over the next 17 months, the doctor operated 24 more times on the baby, including placing and replacing a stent in his esophagus.  In the final surgery performed at the hospital, the doctor used a suturing device to attempt to repair the esophagus, which was an inappropriate, off-label use of the device, the news release said. The doctor punctured the boy’s pulmonary artery, the suit said.