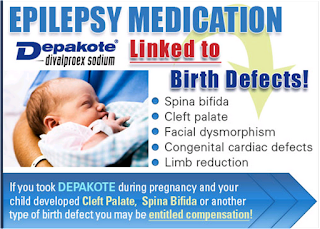 Off-label use is the practice of prescribing pharmaceuticals for an unapproved indication or in an unapproved age group, unapproved dose or unapproved form of administration. In the United States, the Food and Drug Administration Center for Drug Evaluation and Research (CDER) reviews a company’s New Drug Application (NDA) for data from clinical trials to see if the results support the drug for a specific use or indication. If satisfied that the drug is safe and effective, the drug’s manufacturer and the FDA agree on specific language describing dosage, route of administration, and other information to be included on the drug’s label. More detail is included in the drug’s package insert.

A study published in 2006 found that off-label use was the most common in cardiac medications and anticonvulsants. This study also found that 73% of off-label use had little or no scientific support.

In 1993, the US FDA approved gabapentin, marketed by Pfizer under the name “Neurontin”, only for treatment of seizures. Pfizer subsidiary Warner-Lambert used activities not usually associated with sales promotion, including continuing medical education and research, to promote gabapentin, so that within 5 years the drug was being widely used for the off-label treatment of pain and psychiatric conditions. In 2004, Warner-Lambert admitted to charges that it violated FDA regulations by promoting the drug for pain, psychiatric conditions, migraine, and other unapproved uses. The company paid $430 million to the federal government to settle the case.

Access to pharmaceutical industry documents have revealed marketing strategies used to promote drugs for off-label use. The United States federal government is aggressively pursuing criminal and civil cases against pharmaceutical companies and their employees for promoting off-label uses of prescription drugs. Between 2003 and 2008, U.S. federal prosecutors and state attorneys general brought more than a dozen cases against drug makers for off-label marketing and won more than $6 billion in criminal and civil settlements. In September 2009, Pfizer paid $1.3 billion, the largest criminal fine ever imposed in the United States, for the off-label marketing of Bextra and three other drugs. Pfizer paid an additional $1 billion in civil penalties resulting from the same illegal activities