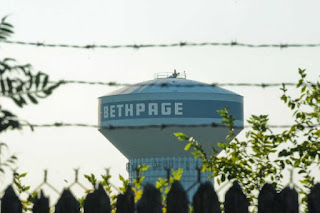 The New York State Department of Health is investigating cancer cases in a Bethpage residential neighborhood where decades of chemical pollution from Grumman Corp. and U.S. Navy aviation manufacturing has contaminated groundwater.

Water districts in southern Nassau County have sparred with the state for years over how to clean up the Grumman Toxic Plume — one of the largest on Long Island.

John Caruso, commissioner of the Massapequa Water District (MWD) and a former Nassau County Department of Public Works deputy commissioner for water supply and sewers says “We had the Navy install a monitoring well here, and that monitoring well now shows that at 150 feet, the Grumman plume is there,” he tells the Press. “That’s within eight-tenths of a mile of our wells.”

Officials from several other water districts within the Grumman toxic plume’s path have also been sounding the alarm about the oncoming disaster set to pollute their consumers’ drinking water—which could ultimately affect more than 200,000 residents.

If you or someone you know has suffered injured due to the negligence of contaminated water from the Grumman Toxic Plume call the experience attorneys at Buttafuoco & Associates at 1-800-669-4878.