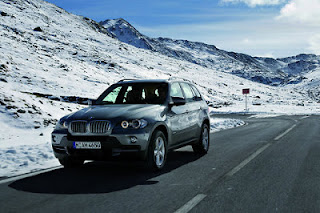 BMW is recalling almost 30,000 of its diesel-powered 2009-12 X5 sport utilities because the power-assist for the steering may fail, according to a report from the automaker posted on the Web site of the National Highway Traffic Safety Administration.

BMW says it is possible that a bolt could loosen “due to a number of unfavorable contributing factors, including very low ambient temperatures.”

If the bolt fails, the vehicle would suddenly lose the power assist to the steering. That would require greater effort to turn the vehicle, which the automaker said “may increase the risk of a crash.”

BMW says the recall was prompted by an investigation earlier this year by Transport Canada, the Canadian counterpart to the National Highway Traffic Safety Administration.

In June, BMW recalled about 2,600 X5 diesel models from the 2012-13 model year because those vehicles could suddenly leak power-steering fluid. That would result in the loss of power assist, and it could lead to a fire in the engine compartment. BMW said the steering gear was not correctly machined.