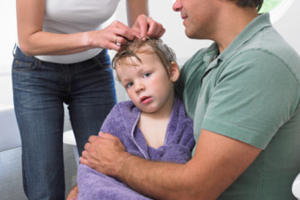 What is Lindane used for?
Lindane is used in shampoos to treat children with lice. Also used to treat pubic lice (“crabs”), and scabies.

Why was Lindane Recalled (or why should it be)?
It has not been recalled as of yet. Lindane is very dangeous stuff. This highly toxic pesticide is a suspected carcinogen and a threat to nervous and hormone systems in people. Most countries have abandoned lindane, and the U.S. has banned it for many uses, including on pets. But, astonishingly, lindane is still used on children with lice.

The FDA actually approved to market this poison as a prophylactic agent! Lice are already resistant topermethrin poison, but children are not resistant to these poisons.
This Stuff is POISON!!!! It is a pesticide and they are giving it to children. One Company proudly proclaims the termiticide (poison) they sell to use against termites is the same active poison ingredient used as a lice shampoo for children.

Our evil and corrupt Food and Drug Administration still maintains that lindane products are “safe and effective when used as directed!” Thiseven though the contrary health evidence, not to mention, federal law that clearly states it is illegal to say any pesticide poison is “safe”.

What Makes Lindane a dangerous Drug ( side effects):