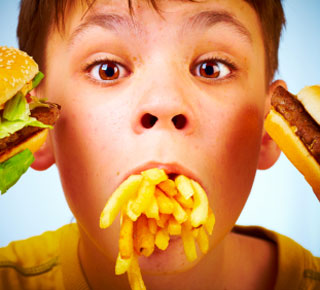 These include bouts of asthma, eczema and hay fever (rhinitis).  The study doesn’t prove that burgers, chicken snacks and fries cause the problems, but the evidence of an association is compelling, researcher say.

Children and adolescents from Wellington, Nelson, Christchurch, Auckland and the Bay of Plenty were part of the International Study of Asthma and Allergies in Childhood (ISAAC) which looked at the diet and health of more than 319,000 13 to 14 year olds from 51 countries and more than 181,000 six to seven year olds in 31 countries.

The results showed a link between an increased consumption of fast food symptoms of asthma and eczema in children and adolescents.

“The study adds to a growing body of evidence of the possible harms of fast foods,” said study co-author Hywel Williams, a professor of dermato-epidemiology at the University of Nottingham, England.

Williams cautioned, however, that fast food might not be the cause.  “It could be due to other factors linked to behavior that we have not measured, or…to biases that occur in studies that measure disease and ask about previous food intake.” he said.