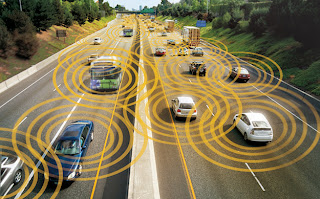 Many motorists are unaware of the snitch that tags along for a ride every time they get behind the wheel.

This little snitch is in the form of a “black box” called an event data recorder.  Automakers have been quietly tucking the units, which automatically records the actions of drivers (tracking your seat belt use, speed, steering, braking and at least a dozen other bits of data, etc) and the responses of their vehicles in a continuous information loop, into most new cars for years.  In fact 96% of new cars already have them in addition to at least 150 million older automobiles.

A new government proposed law will put these black boxes in every new car sold by September 1, 2014.   Although, american auto makers have been installing them in cars since the mid-1990s.

The idea behind the proposed black box data recorders is to collect information that can aid investigators in determining the causes of accidents and lead to safer cars.  However, those who advocate privacy claim that government regulators and automakers are spreading an intrusive technology without first putting in place policies to prevent misuse of the data stored.
Proponents of black boxes argue that they aren’t all that intrusive. Maybe so, today. But technology never stands still. GPS in cellphones was originally advanced as a safety feature so callers to 9-1-1 could be quickly located.

In recent years officials are using the stored information more and more in lawsuits, criminal cases and high-profile accidents.  For example: When Timothy Murray claimed he wasn’t driving over the speed limit and that he was wearing his seat belt after he crashed a government-owned car last year officials turned to the Ford Crown Victoria’s data recorder that told a different story: It showed the car was traveling more than 100 mph and Murray wasn’t belted in.

In this way, the black boxes can nail liars trying to blame their cars for bad driving.

One thing is certain.  Black boxes are here to stay.