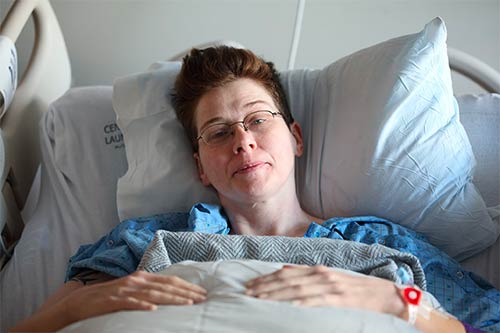 Cancer treatments are getting better every year, and new medical innovations have turned many cancers from terminal to readily treatable. But in many cases, it’s essential to catch cancer early, and doing so requires a proper diagnosis from your physician. If the worst has happened and your cancer was misdiagnosed, a Buttafuoco & Associates Northern New Jersey medical malpractice lawyer may be able to help. I’ll tell you more below about how to determine whether your misdiagnosis rises to the level of medical malpractice, and how to collect compensation for your medical bills, lost wages, and pain and suffering.

Given how common cancer is, it’s not surprising that it can go undiagnosed, or that it is frequently diagnosed as a different disease. Colorectal cancer, for instance, shares symptoms with Irritable Bowel Syndrome and Hemorrhoids, leading to frequent misdiagnosis. In fact, in a study published in 2019 of 2,155 diagnostic errors, showed that missed cancer diagnoses made up 46% of diagnostic mistakes. What is most disturbing is that most misdiagnoses are in the case of the deadliest forms of cancer, including lung, colorectal, prostate, and breast cancers.

Any medical malpractice lawyer serving Northern New Jersey will tell you that these missed diagnoses can lead to serious consequences. Even if you end up receiving a cancer diagnosis later, it can lead to what’s called a delayed diagnosis. In these cases, as cancer progresses to later stages, it leads to more expensive and arduous treatments, or even death.

Essentially, you must prove that your doctor was negligent, this negligence directly led to a cancer misdiagnosis, and this misdiagnosis caused harm in a quantifiable way. Consult with an experienced Northern New Jersey medical malpractice attorney for the specifics of your case, but some examples of a doctor’s negligence might include:

Though less common than a missed cancer diagnosis, the opposite can also happen; another disease or disorder is incorrectly identified as cancer. In these cases you may end up undergoing unnecessary treatments, including surgeries and chemotherapy. These are not only expensive, but also physically arduous with harmful side-effects. Chemotherapy’s side-effects aren’t just hair-loss; they can include:

This is another situation when a medical malpractice attorney in Northern New Jersey can help you put together a case to cover your medical bills, lost wages, and compensate you for the pain and suffering of unnecessary treatments.

Get in touch with Buttafuoco & Associates today at 1-800-NOW-HURT.