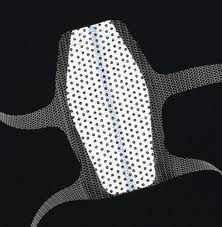 Females that suffered from pelvic organ prolapse (POP) and stress urinary incontinence (SUI) may have consented to the implant of a transvaginal mesh to treat their symptoms. Unfortunately, more and more instances of transvaginal mesh complications and serious vaginal mesh side effects are being reported.

The major manufacturers of transvaginal mesh devices include Bard and Gynecare. Their products (Avaulta and Prolift, respectively) have been used by thousands of women with vaginal prolapse, an unfortunate condition that manifests as a protrusion of a woman’s sexual organs. These meshes or slings support pelvic organs that have slid forward and downwards, relieving the pressure on the uterus and bladder that causes prolapse and urinary incontinence.

Unfortunately, the transvaginal procedure, performed through a slit in the vaginal wall, has been linked to serious issues with these products. Thousands of women have reported serious transvaginal mesh side effects such as:

Additionally, many women have reported a reappearance of their vaginal prolapse or stress urinary incontinence, the very conditions the devices were designed to treat. Vaginal scarring due to mesh erosion has let some patients permanently injured, and revision surgeries could leave a woman disfigured.