Medical Staff ignores beeps leading to over 500 deaths in Hospitals 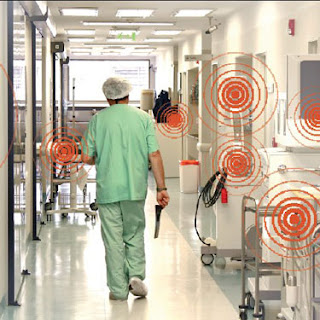 CHICAGO (AP) — Constantly beeping alarms from devices that monitor the vital signs of the critically ill have “desensitized” hospital workers who sometimes ignore the noise, leading to at least two dozen deaths a year on average, a hospital accrediting group said Monday.
And these cases are probably vastly underreported, said the Joint Commission in an alert to hospitals calling attention to the problem.
One apparent problem is that some of these devices beep when there’s an emergency, and some beep when they’re not working.  That can lead to noise fatigue and the delay in treating a patient can endanger lives, the accreditation commission says.  Hurting the situation is the fact that there is no standardization for what the beeps mean.
The commission’s estimate of possible deaths related to the problem is considerably lower than the reports it found in a U.S. Food and drug Administration database. The FDA lists more than 500 deaths potentially linked with hospital alarms between January 2005 and June 2010. But that includes mandatory reports of malfunctions and in some cases the connection to a death is only tenuous.
There likely are far more problems than have been reported, partly because ignoring or misinterpreting an alarm may have set off a chain of events that led to an injury or death, she explained.
“With the proliferation of technology, alarms, and a lack of standardization,” it’s more challenging for doctors and nurses to respond adequately, McKee said.
McKee said the alert will help raise awareness and lead to hospital changes that may save lives.
If you or someone you know has wrongfully died due to the negligence of another call the experienced wrongful death lawyers at Buttafuoco & Associates.  1-800-669-4878
SHARE