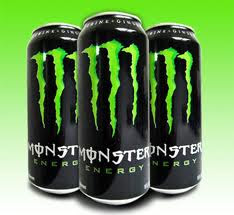 Monster Beverage Corp.’s energy drinks have been cited in the deaths of five people in the past year.

The FDA reports are being used by parents who sued Corona, California based Monster last week, claiming the drinks led to caffeine toxicity that killed their 14-year-old daughter.


Anais Fournier, died on December 23, 2011 from a heart attack brought on by ‘caffeine toxicity’ after drinking two 24-ounce Monster cans within 24 hours.
The FDA reported people had adverse reactions after they consumed Monster Energy Drink, which comes in 24-ounce cans and contain 240 milligrams of caffeine – or seven times the amount of the caffeine in a 12-ounce cola. 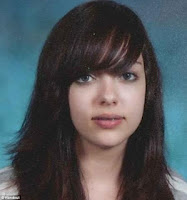 The wrongful death suit, filed in California Superior Court in Riverside, said that after drinking two 24-ounce cans of Monster Energy on consecutive days, Anais went into cardiac arrest.
An autopsy revealed the teenager, from Hagerstown, Maryland, died of cardiac arrhythmia due to caffeine toxicity that impeded her heart’s ability to pump blood.

People are asking the FDA to consider caffeine limits on energy drinks after emergency room visits involving such products jumped 1-fold from 2005-2009.