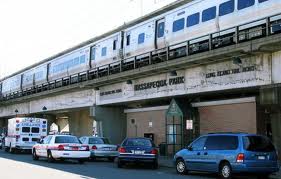 Service on the Long Island Rail Road Babylon Branch was temporarily suspended in both directions Monday evening after a pedestrian was struck and killed on the tracks in Massapequa, according to a Nassau County Police spokesperson.

The LIRR has temporarily resumed limited eastbound service and says customers should expect delays of up to one hour.

The investigation is ongoing.

Another person was struck and killed by a Long Island Railroad train in Queens late Thursday night, fire officials said.
The unidentified person was struck by the train around 11:30 p.m. at the Queens Village LIRR station near Jamaica Ave. and Springfield Blvd., officials said.
The person died at the scene, officials said.
Five pedestrians were reportedly be struck by an LIRR train since Friday. The conditions and identities of the other three have yet to be confirmed.
If you or someone you know was injured by a train call the experienced train injury lawyers at Buttafuoco & Associates 1-800-669-4878
SHARE