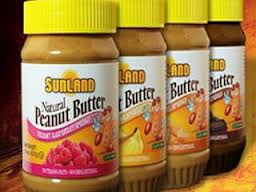 The U.S. Food and Drug Administration has shut down Sunland Inc. peanut butter plant in New Mexico whose products, under many brand names, were subject to a wide recall in recent months because of salmonella contamination.  The items were sold by Trader Joe’s, Whole Foods, Safeway and others.

The company’s peanut butter products have been “linked to an outbreak of Salmonella Bredeney that has sickened 41 people in 20 states,” the FDA said.

The initial voluntary recall began after salmonella was detected in a lot of Trader Joe’s Valencia Creamy Salted Peanut Butter, which had an SKU (Stock Keeping Unit) number 97111, according to the FDA.

Sunland had ceased operations at the plant and intended to restart Tuesday, in hopes of resuming sales of peanut butter products by the end of this year.  Sunland officials said they were surprised by the federal order, are cooperating with the FDA and hope to be back in operation soon, the AP reported.

FDA inspections at the plant in September and October found salmonella in “28 environmental samples (from surfaces in production or manufacturing areas) and in 13 nut butter product samples and one product sample of raw peanuts,” the agency said.

The FDA also cited Sunland’s own testing results showing salmonella in 11 product lots of nut butter between June 2009 and September 2012.

If you or someone you know become seriously ill or suffered injured due to a defective product or negligence of another call the experienced product liability attorneys at Buttafuoco & Associates 1-800-669-4878.