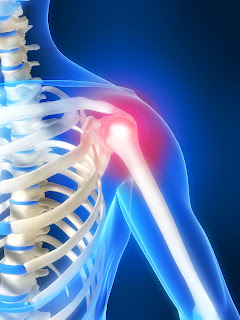 A shoulder pain pump is a medical device designed to deliver medication to a patient experiencing shoulder pain after arthroscopic surgery. With a shoulder pain pump, a catheter is placed in the patient’s shoulder joint, and medication is infused by the pump through the catheter into the joint for two to three days. Unfortunately, the use of a shoulder pain pump has resulted in permanent cartilage damage and pain to some patients.
Unfortunately, there have been many cases in which the improper application of shoulder pain pumps has resulted in serious and permanent injuries. In a 2007 study conducted by the American Journal of Sports Medicine (AJSM), it was discovered that the permanent damage posed to cartilage from shoulder pain pumps far outweighed the benefits of the temporary pain relief that these devices offered. The study, authored by Dr. Charles Beck, found that an alarming 63 percent of patients who were implanted with shoulder pain pumps to treat post-operative pain developed an extremely painful and often permanent condition known as postartroscopic glenohumeral chondrolysis, or PAGCL. PAGCL is a result of shoulder pain pumps that inadvertently deliver much more pain medication to the affected area than is necessary. Over time, these unnecessary doses of medication destroy the cartilage of the shoulder, resulting in the bones of the joint coming into direct contact with each other. This debilitating condition has been described as quite painful and can eventually cause further injury through splintering of the locked bones and other complications.
This study was followed in November 2009 by a safety alert from the Food and Drug Administration (FDA) in which the FDA provided clarification to the findings of the AJSM and alerted the public of the unwarranted health risks resulting from use of shoulder pain pumps. The FDA reviewed more than 30 separate reports from healthcare professionals of the development of PAGCL in patients who had been administered pain medication through a pump for 48 hours or more. The FDA reached the conclusion that these injuries were a result of the improper use of these pain pumps by the attending physicians and explained that they had not approved the use of such pumps to be used continuously as a post-operative infusion, specifically to the joint itself. In these cases, more than half of the patients who had been treated with the pain pump developed serious injuries which required further surgery. This FDA safety alert was accompanied by a notification to all orthopedic and anesthesia healthcare professionals of the discovery of a direct correlation between PAGCL and shoulder pain pumps.
The injuries caused by the use of shoulder pain pumps are a result of manufacturers marketing their pumps to physicians for uses that had not been approved by the FDA. During the early days of shoulder pain pumps, the FDA approved the use of certain pain pumps to be used after shoulder surgery to deliver pain medication directly to the shoulder tissue that had been affected by the operation. However, during the late 1990s and early 2000s, the manufacturers of shoulder pain pumps began approaching physicians with the suggestion that the pain pumps be used to deliver medication directly to the actual shoulder joint itself. This application of shoulder pain pumps had not been approved by the FDA, and it was later discovered that the direct application of pain medication to the shoulder joint could result in the deterioration of shoulder cartilage and the development of PAGCL.
The most common manufacturers of shoulder pain pumps that were improperly administered are Donjoy, Breg, Stryker, and I-Flow. In the cases that were reviewed by the 2009 FDA study, the primary medications that were administered through the pain pump were lidocaine, procaine, chlorprocaine, and bupivacaine. However, in 91 percent of the reported cases of complications, patients were administered an intra-articular post-operative infusion of bupivacaine, a procedure which is not approved by the FDA.
Comments are closed.