The highest speed limit in the United States can now be found on a central Texas highway.  Transportation officials in the state approved an 85-mile-per-hour speed limit along a 41-mile stretch of State Highway 130, which runs between suburbs of Austin and San Antonio. Under consideration since June, the speed limit had received criticism from traffic safety experts and insurers. The five-member commission, which approved the proposal in a unanimous vote on Aug. 30, said in a joint statement that “safety is our top priority and tests have shown the designated speed is a safe one.” 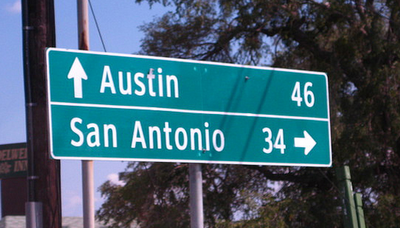 Engineers with the Texas Department of Transportation studied the road prior to the commission granting approval, measuring the curvature of the road, its grade and sight lines. In areas that received the 85-mph blessing, the SH130 is two lanes in each direction.  Each lane measures 12 feet across, which exceeds the 10-foot minimum recommendation from the American Association of State Highway and Transportation Officials.  Still, others are worried about the impact of the road, which is slated to open no later than Nov. 11.  The Insurance Institute For Highway Safety, a non-profit organization dedicated to reducing crashes, said the new speed limit threatens safety. “There are limits to the amount of crash energy that can be managed by vehicles,” the organization said in a written release. “The higher the speed, the higher the likelihood that these limits will be exceeded in crashes.”

A 2009 study conducted by the American Journal of Public Health found there was a 9.1 percent increase in traffic fatalities on roads where the speed limit had been raised, and said roads with 65-mph and 75-mph limits had higher fatality rates than roads with 55-and-60-mph limits. Officials will be closely watching what happens on the road and in the state. The number of traffic fatalities in Texas has declined from 3,351 in 2006 to 2,998 in 2011, the latest year for which statistics are available, according to the National Highway Traffic Safety Administration.

Several roads in rural Texas and Utah already have 80-mph speed limits, the previous U.S. high. Chris Lippincott, an official with the SH130 Concession Company, the private consortium that owns and operates the segment of road, said the 85-mph speed limit encourages drivers to take their safety into their own hands. “Ultimately, highway safety is up to drivers,” he said. “They can understand road conditions and weather changes.” Toll rates for the road have not yet been finalized, but it will cost at least $5 – and probably more – to drive the road. The toll rate tentatively set at 12.5 cents-per-mile in 2006 is based off the Texas gross state product, and needs to be updated to current GSP projections, according to state officials.  True to its free-flowing spirit, no toll plazas will interfere with traffic flow.  Tolls will be electronically collected.

In its written release, it expressed its optimism that faster speeds would appeal to drivers seeking an escape from traffic-choked Interstate 35, which connects the same cities. “We look forward to opening this segment of SH 130, which will help reduce congestion for the Austin/San Antonio corridor by providing Texas drivers and others with an alternate route for traveling through our great state,” it said. But the commission, part of the Texas DOT, had additional incentive to approve the 85-mph limit: Per its contract with the SH130 Concession Co., the state receives an extra $100 million over the 50-year life of the agreement if the road received the 85-mph designation.

Unofficially, the approval cements Texas’ growing reputation as the U.S. speed capital. Only a mile away from the northern terminus of SH130 in the southeast Austin suburb of Mustang Ridge, workers are putting the finishing touches on the Circuit Of The Americas, the country’s first purpose-built Grand Prix facility. A short time after the official SH130 opening, the race track will host, from Nov. 16 to 18, the first Formula 1 race held in the U.S. since 2007.

Adventurous auto racing fans take note: They can be among the first to drive the nation’s fastest highway – and then attend one of the world’s fastest races.