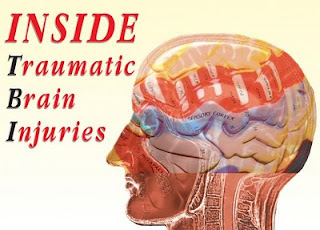 Traumatic Brain Injury (TBI) is a little understood injury in which the injured victim is injured as the result of direct (and sometimes indirect) trauma to the brain. As attorneys involved in the representation of victims of ALL TYPES OF ACCIDENTS we are very much aware of the peculiar issues involved in representing clients who are the victims of TBI. Some of the issues presented in TBI cases are unique to these types of cases.

One of the most difficult aspects of handling a TBI case is that the victims of TBI often look exactly like other healthy people. Indeed, they may look no different than anyone else you may meet on the street so it is hard for decision makers (judges, juries, claims adjustors) to appreciate the full impact of the injury to the victim. They also look no different than they may have looked BEFORE the accident so this poses a special challenge to the attorney who is trying to communicate the seriousness of this injury to a judge or a jury or an insurance adjustor, in order to get fair and adequate compensation for his client. Many of these cases are settled for insufficient amounts because the lawyer himself does not appreciate the seriousness of the injury or the significance of the complaints the client is making. It is, therefore VERY IMPORTANT for a client to have a Traumatic Brain Injury Lawyer who is experienced in handling and understanding TBI cases.

In many TBI cases the victim of the TBI is often not able to report a “LOC” or “loss of consciousness.” Think about it. How can someone tell if they lost consciousness if they were not conscious?! It is often necessary to rely on the testimony of third party witnesses to tell us whether the patient was unconscious at the scene of the accident. Even a short loss of consciousness can be very significant in diagnosing a TBI. The lawyer must do a thorough investigation of the events surrounding the accident.

Furthermore, loss of consciousness (LOC) is NOT NECESSARY for even a serious TBI, a strange as that may seem. There is the famous case of Phineas Gage, a railroad man at the turn of the last century. By a freak accident, he had a an entire railroad spike embedded in his brain (through his eye) and he NEVER SUFFERED A LOSS OF CONSCIOUSNESS!!! Amazing. His case is still studied and cited by experts everywhere. Serious brain injury with no loss of consciousness!! He may not have suffered any loss of consciousness but his entire personality changed after the accident. He was a different man! And not in a good way.

Finally, YOU DON’T NEED A DIRECT IMPACT TO THE BRAIN TO SUFFER A TBI! There are many reported cases, especially involving women (who have more delicate bone structure in the neck) where a WHIPLASH type injury caused a serious TBI. These cases present a special challenge as the opposition tries to defend these cases by saying that there never was any head trauma. The point, however, is that you do not need head trauma to have BRAIN TRAUMA!! The brain can slosh around inside of the head and cause serious neurological injury to the “white matter” without any bump whatsoever to the head. Any decent expert will concede that.

It is also important to note that each and every person’s brain responds differently to trauma. It is possible that what may be nothing to one person’s brain may result in serious injury or even DEATH to another person with the identical trauma. In other words, strange as it may be, some brains can withstand trauma more than others. I recently had a client who died as a the result of a very minor blow to the head. Two people can be in the exact same car during the same accident and one can die (or be seriously injured) while the other is fine.

Thankfully, there have been many recent strides made in the diagnosis and treatment of TBI cases. Much of the publicity and research is being driven by the recent spate of news stories involving head injuries of NFL football players who have suffered devastating effects of TBI that few would have thought possible. The statistics are becoming alarming as a significant number of players are experiencing early death and becoming debilitated in late life from what they thought were “minor” concussions they sustained as players. This has spread awareness and concern to similar injuries in high school athletes where the equipment worn for protection in contact sports my not be adequate to protect the players’ brains. Furthermore, much research is being done on soldiers with head injuries returning from the wars in Iraq and Afghanistan and breakthroughs in technology and computerized testing is now available to more adequately diagnose and treat these serious TBI injuries.

The brain is a complex and delicate organ. It is composed of both “grey” and “white” matter. Experts will uniformly tell you that the brain has the consistency of Jello. The curves, folds and indentations of the brain that we often see on diagrams and models is what we typically refer to as the “grey matter.” That is the brain tissue, if you will. It is what you would be holding if you were holding a brain your hand (this is an oversimplification, of course). the white matter is the “wiring” of the brain and is composed of many millions of delicate neurons, axons and dendrites and other connective wiring that makes the brain function. It is the wiring of the brain that lets the brain communicate to itself.

Until recently, the only damage that could ever really be visualized in medical tests such as CT scan or MRI was damage to the grey matter. Many TBI victims were often undiagnosed because the MRI and CT scan tests would report back as “normal” when the patients were anything but normal. These patients continued to experience TBI symptoms of headaches, inability to concentrate, dizziness, vision problems, reactions to loud noises, personality changes, loss of taste or smell, balance issues, confusion, memory loss (both long and short term) and other symptoms. What was going on? They wondered.

While there have always been sensitive and talented neurologists and neuro-psychologists that were able to clinically diagnose these patients by spending considerable time on evaluating their complaints in detail, many patients were given short shrift and told that they were “OK” and should just “get on with heir lives.” This was very discouraging for those TBI patients who simply knew that they did not feel well and could not perform and face life’s challenges the way they used to. It was very frustrating for them to be told that they were healthy when in fact, they were not.

With the invention of new technology such as DTI (Diffuse Tensor Imaging) and other sophisticated tests, we can now “see” damage to the white matter (brain wiring) and are able to diagnose neural axonal shearing, which is a tearing disruption of the brain’s wiring. In addition, there are other sophisticated tests which can measure loss of brain volume and “see” microscopic “bleeds” in different areas throughout the brain that may correspond to the particular complaints and difficulties the patient is having. This gives strong credibility to the TBI patient and is comforting in assuring them that they are “not crazy” or “faking” as some heartless people have claimed. They are, in fact, seriously neurologically injured and need our help. In the handling of accident cases it may be surprising to learn that it is often the lawyer of the victim who assists in actually diagnosing the patient with TBI and not the doctors because it is the lawyer who has the most regular and constant interaction with the patient over time and comes to realize that the patient is having difficulties processing information which the patient often may not realize, themselves. The lawyer may then refer the patient to the appropriate specialist to finally get the tests needed to get the patient help.

The other important thing to realize about Traumatic Brain Injury is that it is an injury that is more like a disease than an event (like a broken bone, for example). In a typical trauma to the body case, the body suffers an injury and then that injury gets treatment and, over time, it heals. In the example of the fractured (i.e. broken) bone, it typically heals up stronger than it was before the accident and the patient can resume his/her normal activities. Brain injuries are not like that. Brain injuries can be PROGRESSIVE, meaning that they get WORSE as time goes on and as the patient gets older. TBI has been known to bring on, for example, an EARLY onset of Alzheimer’s Disease in patients that would have suffered from that disease eventually. There is something about TBI that causes loss of brain volume, as well. There are also now tests that can measure this. Although much is still not understood about TBI, we are making progress. TBI is best understood as an ongoing disease process, not as a one time event.

TBI patients need lots of help. They need cognitive retraining and other expensive services that cost many thousands of dollars over many years to make they more functional. Lawyers have to project and present the FUTURE COST of treatments to TBI patients in FUTURE DOLLARS so that the jury or judge can understand what will be necessary for the patient in the future. This is the only way to ensure that the victim of a TBI receives the care that he/she needs. Most of this treatment is not covered by health insurance.

One of the saddest things about TBI is that the patient becomes a “different person” than he/she was BEFORE the accident. This is sort of a “death” of the patient, as it were. with the patient being replaced by a new and completely different person, in more extreme cases. This can be terribly taxing on the family and particularly the spouse of the TBI victim. There are many situations in which the family simply deteriorates after a TBI to a family member because the family is not able to cope with the special needs of a TBI victim. It takes a great deal of patience, love and understanding for families to deal with problems of this magnitude.

The next time you encounter someone with a TBI, even though they may “look normal” try to be understanding and open minded to their plight and understand that they are going through a very difficult and painful life change and will likely never be the same person again.