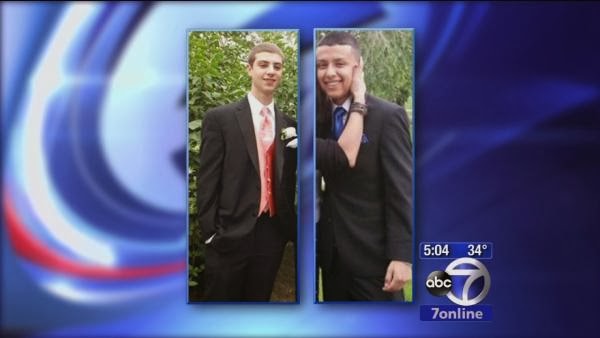 Two Long Island teenagers were killed when their car lost control and struck a tree early Wednesday morning, police said.
The accident happened around 1:15 a.m. Wednesday in Roslyn Heights.
Steven Clancy, 19, was driving a 2004 Volkswagen Jetta northbound on Roslyn Road near Locust Lane when he struck a curb and then a tree in the back yard of an Oak Lane home, Nassau County homicide detectives said.
Clancy and his passenger, Javier Gonzalez, also 19, were pronounced dead. Both men were from Mineola.
Police said the investigation is ongoing.
SHARE