Home / Blog / What’s the Difference Between a Mass Tort and a Class Action Case?

What’s the Difference Between a Mass Tort and a Class Action Case? 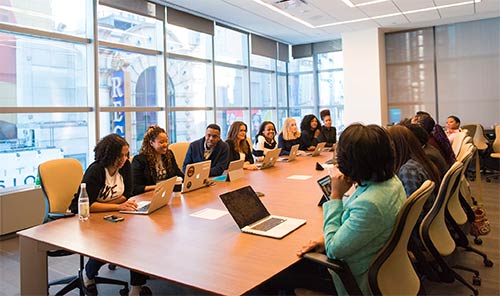 Most of us are familiar with class action lawsuits, where a large group of people files a lawsuit against a company. However, many are unfamiliar with a similar type of lawsuit known as a mass tort, which can in many cases be more lucrative than a class action lawsuit. I’ll tell you more about the differences below, and when it may be in your best interest to consult with a New York mass tort attorney at Buttafuoco & Associates.

Both mass torts and class action lawsuits involve large numbers of people who have been harmed in similar ways by the same defendant, and who share the same grievance. In both of these types of cases, lawsuits are consolidated into a single lawsuit and tried in court, rather than filing separate, individual lawsuits. The goal with both mass torts and class action lawsuits is to reduce the number of court cases when many people are harmed by the same product, company, or issue.

Because it can be difficult to understand the complex differences between a mass tort and a class action lawsuit, it is a good idea to discuss your specific situation with a mass tort lawyer serving New York.

What is a Class Action Lawsuit?

According to The Federal Rules of Civil Procedure, a class action lawsuit must adhere to the following criteria:

In a class action lawsuit, all individuals who may have been harmed by the defendant must be notified of the lawsuit. At this point, they may opt out or work with their own lawyer if they prefer.

If you receive a notice of a class action lawsuit and want to know what to do, a New York mass tort attorney at Buttafuoco & Associates can answer your legal questions and tell you more about your options.

What is the Difference Between a Class Action and a Mass Tort Lawsuit?

The main quality that differentiates mass torts from class action lawsuits is how they are handled.

With a mass tort, individuals who have been significantly injured, often by defective drugs or products, file a lawsuit together. However, as opposed to a class action case where all cases are very similar, with a mass tort each of the plaintiffs may have been differently harmed by the defendant, or have somewhat different circumstances, that prevents the possibility of there being a “class representative.” As an example, let’s say a group of people is all injured by a specific drug: individuals may react very differently to a drug, and therefore have a variety of complaints against the defendant, so this type of case would not qualify as a class action case.

Additionally, with a mass tort plaintiffs are often from the same geographic location, which means the group of plaintiffs is usually smaller than what we see with class action suits. Within a mass tort, each plaintiff also works with their own lawyer who gathers the specifics of their case. Cases are then reviewed together and tiered, with more compensation available for more severe injuries, and less for less severe injuries. Overall, because there are fewer people involved and cases are individually valued, mass tort cases can result in significantly higher settlements than class action lawsuits.

Within this structure, each plaintiff in a mass tort lawsuit is treated as an individual, even as their cases are tried together. Each plaintiff must present different evidence and prove how they were injured by the defendant.

When do I Need a New York Mass Tort Lawyer?

Buttafuoco & Associates has handled many recent high-profile mass tort cases in New York, including cases against Johnson & Johnson, Roundup weed killer, as well as many other harmful drugs, defective products, and more.

If you have been injured by a product or drug, we may be able to help. Get in touch with our team today at 1-800-NOW-HURT.