Home / Blog / Play it SAFE on the side of the ROAD

Play it SAFE on the side of the ROAD 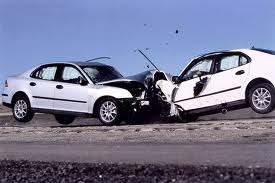 Being stuck on the side of the road is frustrating.  Pulling your car to the shoulder of the road when there is an emergency is proper procedure, but motorists and pedestrians should never consider themselves safe.  Being mere inches or feet from the roadway is better than being broken down on the roadway, but it is still dangerous.

According to AAA, about 600 pedestrians are killed annually on America’s interstates.  After studying a three-year sample of 400 police accident reports in three states, the association found that 18 percent of pedestrians killed were on the side of the road with or in a disabled vehicle.  They also noted that when pedestrians were struck on the shoulder of the interstate, inattentive, impaired, or drowsy driving was often a factor.  About 17 percent of the drivers involved were truck drivers.