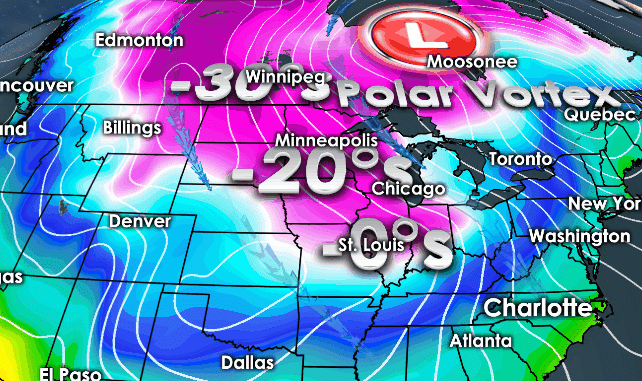 Travel snarled
The weather left more than 500 people stranded on three Amtrak trains overnight in western and north-central Illinois, Amtrak spokesman Marc Magliari said.
All three Chicago-bound trains — two coming from California, and one originating in Quincy, Illinois — stopped Monday afternoon or evening because conditions prevented them from going further. At least one was stopped by “heavy snow drifting in a trenchlike area,” Magliari said.
“The passengers were sheltered in place overnight,” Magliari said. “It wasn’t safe to take people off these trains … because there wasn’t a good way to get people to and from the trains in the bad weather.”
Amtrak worked to make other arrangements, putting some passengers on buses. The first buses arrived in Chicago at 7 a.m. ET; the last bus wasn’t expected to reach the city until early Tuesday afternoon, Magliari said.
All the trains had heat and electricity throughout, he said.
“It certainly wasn’t as comfortable as anyone would have liked, but it was not unsafe,” Magliari said. “It was the best thing to do in these temperatures in these conditions at that time overnight in that part of the state.”
Jeanette Floyd, who boarded one of the California trains in Kansas City, praised the crew for helping to keep passengers positive, but said her trip — which ended up taking more than a day from start to finish — still was “one of the worst (experiences) ever.”
“I can’t feel my butt because it’s just not there anymore, just sitting for literally 26 hours,” Floyd told CNN Tuesday after arriving in Chicago by bus. Floyd and other passengers said the crew gave them a complimentary meal during the stranding. A fourth Amtrak train was stuck for nine hours Monday night and early Tuesday near Kalamazoo, Michigan, about 300 passengers had to wait more than nine hours to reach their destination, CNN affiliate WXMI reported.  No reported serious train injuries.
“It was kind of like purgatory,” a passenger told CNN affiliate WLS, adding that it was “not quite hellish because there was good company.” The train, which was bound for Chicago, finally arrived at the city’s Union Station on Monday night, WLS reported.
More than 2,400 flights were canceled within, into or out of the United States on Tuesday morning, according to flightaware.com. New York resident Mindy Goldberg said her family’s flight back from Mexico had been diverted to Boston because of the weather. “I just called my kids’ school to tell them they wouldn’t be there, and she said, ‘Everyone’s stuck somewhere,'” Goldberg told CNN affiliate WBZ.
Ships ran into trouble as well. The U.S. Coast Guard Cutter Hollyhock had to break through ice in Lake Michigan.
In Indianapolis, Los Angeles resident Jason Bentley decided to play in the snow outside the airport after learning that his flight home had been canceled Sunday. It was 15 below zero (-26 Celsius).
JetBlue cancels Northeast flights to rest crews “This is the wettest snow I’ve ever touched, the easiest snow to make a snowman and to have snowball fights,” Bentley wrote in a CNN Facebook discussion. “It’s also probably the worst (weather) I’ve ever been in because of the temperature.”
“Sick as a dog. Car is dead. Roads are closed. Space heater died yesterday,” Amanda Brooke of Valparaiso, Indiana, said on Facebook. “Missing doctors’ appointments I’ve had for six months.” She described herself as “cold, sick, and trying not to be miserable.”
In Columbus, Ohio, Alexis Mitchell-Tremain posted that she still had to go to work. “So, it’s layers of clothing, the hubby’s big woolly scarf, and a lot of coffee.”
Jason Coppula in Pittsburgh can relate. “I have about three layers on, two gloves, two (pairs of) socks, scarf and ski goggles,” he wrote on Facebook.
Extreme wind chills mean flesh can freeze in as little as five minutes. Several major school districts are closed Tuesday, including those in Minneapolis and Atlanta, to prevent children from waiting outside at bus stops.
Chicago opened up 12 centers for residents trying to stay warm, one of which was to stay open through Tuesday. Libraries and some other city facilities would also be open, said Evelyn Diaz of the city’s Department of Family and Support Services. Gov. Pat Quinn said 100 warming centers were open statewide.
When will this end?
Comments are closed.