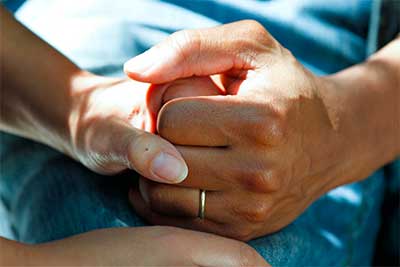 Tens of thousands of lawsuits have been filed against Johnson & Johnson in the last several years by people diagnosed with cancer after using its talc-based products, and they show no signs of slowing down any time soon. In fact, these cases are seeing new success in court, especially recently. Last month, a Manhattan judge ordered J&J to pay a Brooklyn couple $120 million after 67-year-old Donna Olson was diagnosed with mesothelioma after using the company’s talc products. Mesothelioma is a particularly lethal cancer that has been linked to exposure to asbestos.

As these cases continue to pour in, we’re beginning to see a shift in J&J’s legal strategies that may bode well for victims. For years, the company refused to settle mass litigation suits, instead mounting defenses for individual cases. Recently, they settled a mass litigation case for hundreds of millions of dollars. I’ll tell you more below, and when a New York talc cancer attorney at Buttafuoco & Associates may be able to help.

J&J Agrees to Pay Over $100 Million to Cancer Victims

October marked a major success for plaintiffs who say Johnson & Johnson’s talc products caused their ovarian cancer and mesothelioma. J&J agreed that they would pay over $100 million to resolve 1000 lawsuits. This is big news because it’s the first major settlement that has happened in the last four years. Rather than settling, the company has been vehemently defending its actions and refusing to admit that its products are killing people.

The company continues to claim that the settlements show no indication of guilt, and insist that their products are safe and have not caused cancer. However, at this point, there remain over 20,000 lawsuits that are pending against the company, that are estimated to cost the company upwards of $10 billion.

Huge Verdicts Against J&J May Have Led to Settlements

One of the largest verdicts won by victims was a $4.7 billion Missouri verdict in 2018, where plaintiffs’ lawyers argued that Johnson & Johnson knew their products contained asbestos, a known cancer-causing agent, and continued selling them anyway. The company did so for over four decades, without acknowledging the products’ danger or notifying the public. The Missouri case was filed by 22 women who developed ovarian cancer after using the popular talc products Shower to Shower and Johnson’s Baby Powder.

Prosecutors argued that the company had deliberately concealed the serious health dangers their products posed. The case was heard over six weeks, and after testimonies from over 30 witnesses, the jury found J&J liable. They awarded each plaintiff $25 million as well as $4.1 billion in punitive damages.

After an appeal from J&J, the plaintiffs were ultimately awarded $2 billion total. Johnson & Johnson again tried to appeal this verdict, but ultimately lost in the Missouri Court of Appeals.

Shortly after the appeal was denied, J&J agreed to settle the 1000 claims for $100 million, its first big global settlement in the lawsuits. It seems that they are beginning to get the message that they are unlikely to win in court. If you are suffering from ovarian cancer or mesothelioma after using these products, a New York talc cancer lawyer may be able to help. Don’t hesitate to contact Buttafuoco & Associates at any time to learn more.

The shift toward mass settlements, where many claims are settled at once rather than on an individual basis, is good news for victims of J&J’s products. For one, these cases involve less stressful involvement from each victim, and they can also be settled more quickly than individual cases. Because there is huge strength in numbers, these cases are often successful, and unlike class action suits, victims can receive significant damages based on the degree to which they were harmed by the product. New York laws are also consumer-friendly when it comes to product liability cases, and several major verdicts for plaintiffs have been seen in New York courts.

Buttafuoco & Associates continues to be part of these successful mass litigation lawsuits, and we encourage anyone who has suffered at the hands of Johnson & Johnson to get in touch.

If you are suffering from cancer after using talc products, you could be eligible for a wide variety of damages, including:

Buttafuoco & Associates has successfully defended victims in many mass litigation suits, and may be able to help you, too. We will prepare your individual case as thoroughly as possible to help you receive the maximum compensation for your circumstances.

If you have ovarian cancer or mesothelioma after using talc products, get in touch with our New York talc cancer lawyers as soon as possible at 1-800-NOW.HURT.