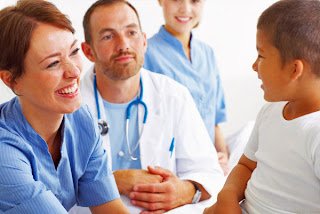 Being a neural disorder, autism cannot be treated through medicines. Medical practitioners use drugs in cases of autism solely to treat and manage symptoms. Five major drug categories are regularly used for symptomatic treatment.

SSRIs
Selective serotonin reuptake inhibitors (SSRIs), commonly known as anti-depressants, or drugs that are used to treat anxiety, depression, and obsessive-compulsive disorder (OCD). Some of the FDA approved SSRI drugs used to treat symptoms of autism that can be administered to children above the age of seven include fluoxetine (Prozac™), fluvoxamine (Luvox™), sertraline (Zoloft™), and clomipramine (Anafranil™).
Anti psychotic (old)
Older anti-psychotic drugs like Haloperidol, Chlorpromazine, Thioridazine, and Fluphenazine help in the treatment of behavioral disorders by controlling the intensity of the neurotransmitter dopamine in the brain. However, some of these drugs are known to have side effects like sedation, muscle stiffness, and abnormal movements.
Anti psychotic (new) – Risperidone
Recent studies have developed newer anti-psychotic drugs like Risperidone, which have proven effective in the treatment of aggression and self-injury among autistic children with fewer side effects. The maximum side effect of Risperidone has been increased appetite and weight gain. Other effective antipsychotic drugs include Zyprexa and Geodon. Another moderately prescribed drug for controlling hypertensive behavior is Clonidine.
Anti-convulsants
Anti-convulsants are drugs that control seizures. Since one in every four autistic patients has seizures, the use of anti-convulsants sometimes becomes imperative in managing symptoms. Drugs such as carbamazepine (Tegretol), lamotrigine (Lamictal), topiramate (Topamax), or valproic acid (Depakote) are some of the most used anti-convulsants. However, these drugs can only reduce the amount of seizures, not eliminate their occurrence completely.
Stimulants – Ritalin
Stimulants are drugs that are used for the treatment of autism symptoms to control and treat the autistic tendencies of inattention and hyperactivity. Drugs such as methylphenidate (Ritalin) are prescribed for attention deficit hyperactivity syndrome (ADHD) and have proven sufficiently competent in treating the similar symptoms of autism.
Apart from these medications, vitamin B6 is being tested as a drug to stimulate brain activity। However, and to reiterate, none of these drugs can be seen as a direct treatment for autism। They are medications for symptomatic relief, with long-term therapy being the only viable treatment for autism.
SHARE