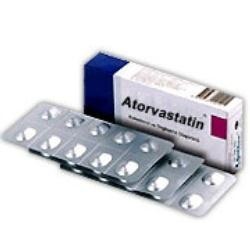 Ranbaxy Laboratories (generic drug maker) will stop manufacturing its version of Pfizer Inc’s cholesterol fighter, Lipitor, while it gets to the bottom of the cause of a recent recall.

During its first six months on the market, when it enjoyed marketing exclusivity, atorvastatin generated sales of nearly $600 million for Ranbaxy, according to Bhagwan Singh Chaudhary, a research associate at the brokerage IndiaNivesh

FDA said it will continue to oversee the recall process and work with the Ranbaxy to resolve pharmaceutical quality issues.

The recall is the latest in a series of manufacturing problems at Ranbaxy, which is operating under heightened scrutiny due to past problems that nearly derailed it ability to sell atorvastatin in the United States.

In 2008, the FDA banned the company from importing about 30 drugs after it found manufacturing deficiencies at two of the company’s facilities in India, and Ranbaxy was later accused of falsifying data used in drug applications.

Under a proposed settlement earlier this year, Ranbaxy agreed to engage a third party to conduct a review of its facilities, implement procedures to ensure data integrity in its marketing applications, and ensure it meets good manufacturing practices.