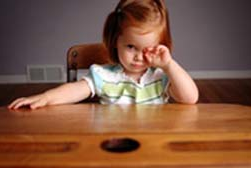 By REUTERS. Johnson & Johnson, the health care giant, said on Friday that it was recalling its entire United States supply of Infants’ Tylenol after parents complained about problems with a new dosing system. It was the latest in a string of recalls for the company.

The recall involves about 574,000 bottles of grape-flavored liquid Tylenol for children younger than 2. After earlier recalls, Johnson & Johnson had just returned to the market with the Infants’ Tylenol in November, but now will be out of the market for an indefinite time.

The problems involve a new bottle design, which was intended to prevent accidental ingestion and ensure accurate doses. But when parents inserted a syringe into the bottle, some accidentally pushed a protective cover inside. To date, Johnson & Johnson has received 17 complaints, a company spokeswoman, Bonnie Jacobs, said.

No serious side effects from the Infants’ Tylenol have been reported, and the risk of such problems are remote, Johnson & Johnson said.

The recall is from stores and wholesalers; consumers can still use the product provided that the protective cover at the top of the bottle remains in place, the company said.

The recall does not affect Tylenol for children 2 years and older, for which the company also introduced a new but different design.

Ms. Jacobs said the company did not have a specific date for when it would return to the market with Infants’ Tylenol.

Other recalls for Johnson & Johnson have included medicines, artificial hips and contact lenses.