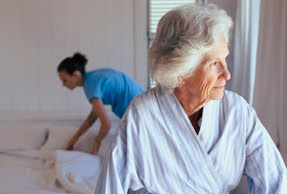 — A $200 million verdict in a nursing home abuse case this week not only set a record for the Tampa Bay area, but outstripped other big verdicts several times over.

Of course, it didn’t hurt that no lawyers showed to defend the nursing home.

The case stemmed from the 2004 death of Elvira Nunziata, 92, a resident with dementia at Pinellas Park Care and Rehab Center.

Her bloody body was found at the bottom of a stairwell after she toppled one story while strapped to a wheelchair.

Former aides at the home testified that the door to the stairwell was supposed to be locked, but that staffers often disabled the alarm so they could go smoke.

The home had a history of deficiency citations and abuse complaints and the aides said it was frequently understaffed.

The defendant was Trans Health Management Inc., who had sole authority to operate the home at the time, but has since gone defunct. Its parent company, Trans Health, Inc., is in receivership in Maryland.

The Tampa law firm of Wilkes & McHugh, which represented Nunziata’s estate, alleged that the true owners were private equity investors who shuffled the assets of Trans Health Management into affiliated entities to avoid liability and then chose not to mount a defense.

Tampa lawyer Marsha Rydberg filed an unsuccessful motion on behalf of the management company three days before the trial, trying to stop it.

Any verdict could rebound against the Maryland receivership for the parent corporation, she alleged. And Wilkes & McHugh had sandbagged the receivership, she said, by promising not to pursue litigation against it. So the receivership did not defend the case.

In their news release announcing the verdict and in a later interview Thursday, Wilkes & McHugh representatives failed to mention that they had the trial courtroom all to themselves.