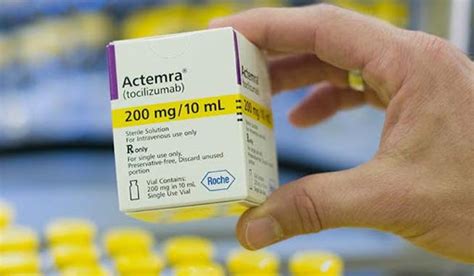 If you suffer from arthritis, your doctor may have recommended the well-known drug Actemra to ease your symptoms. But while Actemra is effective in reducing pain, it also carries many dangerous and potentially fatal side effects that users are not aware of. Actemra lawsuits have been in the news a lot lately because these side effects were not mentioned on the drug’s packaging, and allegedly led to the deaths of hundreds of patients. If you or a loved one has suffered serious side effects, injuries, or death after using Actemra, a New York Actemra injury lawyer at Buttafuoco & Associates may be able to help. Below, I’ll provide background on these cases and tell you how they work.

Actemra is manufactured by the Roche company, and is also known by the generic name tocilizumab. It is used to treat rheumatoid arthritis as well as giant cell and juvenile idiopathic arthritis. It works by reducing inflammation,which results in less swelling and pain around the joints, the most common symptom of arthritis.

What Serious Injuries are Associated with Actemra?

In 2009, it became evident that Actemra was not necessarily a safe arthritis treatment. That year, the drug’s developer reported that 15 deaths and over 200 adverse reactions had occurred among users of the drug. A spokesman for the Roche company denied the problem, claiming that the frequency of adverse reactions was comparable to those of similar arthritis drugs.

In 2017, however, concerns arose again when a key investigation revealed that over 1000 people had died after using the drug, but its labeling contained no warnings. Meanwhile, the labels of similar arthritis drugs carried blatant warnings about potentially lethal side effects including heart attacks, strokes, lung diseases, pancreatitis, and others. The study also found that despite its lack of warning labels, Actemra users experienced as high or higher rates of complications than other similar drugs. We began to see lawsuits emerging around this time, and continue to see them today.

The company’s irresponsible behavior led to the perception among consumers that the drug is safer than its competitors, when in fact it is incredibly dangerous, and can potentially result in wrongful death. If you are concerned, a New York Actemra injury lawyer at Buttafuoco & Associates can further advise you about your rights.

What Should I Do If I Have Been Injured by Actemra?

First, if you experience symptoms of serious reactions, including heart attack, heart failure, stroke, pancreatitis, lung disease, or gastrointestinal perforation,after using Actemra, it is essential to visit your doctor immediately.

If your injuries are severe, you may be able to join a mass action lawsuit by contacting an Actemra injury lawyer in New York. The behavior of the Roche company is unacceptable, and their irresponsible actions have put many innocent lives at risk. If your health has suffered because of this company’s unethical behavior, it is well within your rights to seek legal action against the manufacturer.

How do I Find an Actemra Lawyer?

For help, get in touch with our Actemra attorneys serving New York today. Call 1-800-NOW-HURT.