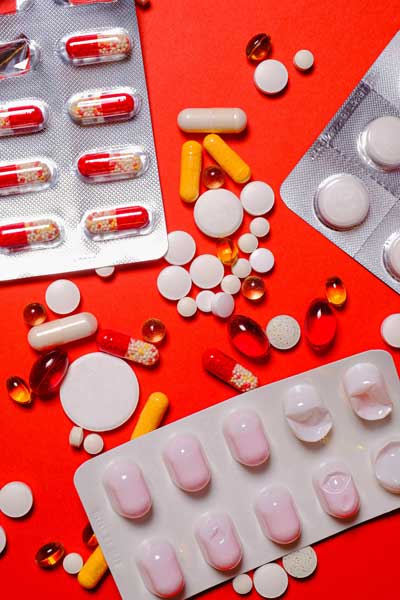 For sufferers of heartburn, acid reflux, and other persistent stomach issues, the emergence of the antacid Zantac (ranitidine) was life-changing. But if you’ve been taking Zantac regularly over the years, you probably noticed when on April 1, the U.S. Food and Drug Administration ordered stores to pull the drug from shelves. The announcement followed an F.D.A. investigation that linked ranitidine to colon cancer.

Since then, a rash of lawsuits have been filed against drug manufacturers by consumers who say these drugs caused their cancer. Buttafuoco & Associates is handling many such lawsuits to hold drug companies accountable for putting millions of people’s lives at risk. Below I’ll tell you more about the lawsuits, how to know if you qualify, and how a New York pharmaceutical lawyer may be able to help if you have been diagnosed with colon cancer after using ranitidine.

The popular over-the-counter antacid Zantac (ranitidine) first appeared on the market in the early 1980s. People suffering from acid reflux, heartburn, and other stomach and gastrointestinal issues like gastric and duodenal ulcers immediately embraced the medication because it was far more effective against their symptoms than any previous antacid. Zantac became the gold standard treatment for stomach problems caused by stomach acid production.

As soon as Zantac went on the market, however, studies began to reveal that it contained the cancer-causing chemical N-Nitrosodimethylamine (NDMA). Despite repeated studies pointing out the dangers of NDMA consumption, it was not until September of 2019 that the FDA began investigating whether Zantac could be linked to cancer.

The FDA investigation began after testing of ranitidine pills showed that many contained NDMA levels up to 3,000 times higher than the daily intake allowed by the F.D.A. Investigators determined that in some of these medications, NDMA levels skyrocketed when the pills were stored at temperatures above room temperature, and continued to increase over time, resulting in very unsafe levels of exposure.

Fast-forward to today and the FDA, the Environmental Protection Agency (EPA), and the World Health Organization (WHO) have all classified NDMA as a carcinogen, or a cancer-causing substance.

From the 1980s on, as studies continued to point to a connection between Zantac and cancer, big pharma companies who manufactured Zantac, including Sanofi and Boehringer Ingelheim, continued to sell the drug and make billions of dollars in profits. Meanwhile, many drug companies kept quiet about the risks of taking the drug and millions of people continued to use the dangerous product without knowing they were putting their lives at risk. Some companies, such as Glaxo Smith-Kline, conducted their own flawed and inaccurate studies to cover up the dangers.

Now, countless people are sick with colorectal and stomach cancer, and many of them are filing lawsuits. Lawsuits claim not only that Zantac caused plaintiffs’ cancer, but that big pharma made the scenario even worse by intentionally concealing risks from consumers. As of March 2020, 140 cases had been filed in federal court, but we can expect thousands more in the coming years.

There is no excuse for this type of reckless behavior on the part of drug companies, and Butafuoco & Associates is fighting on behalf of victims. If you have stomach or colon cancer and have taken Zantac in recent years, contact us to find out if you have a case.

Zantac Lawsuits in the News

While Zantac cases are just beginning to enter the courts, we expect to see incredibly high numbers of claimants going forward due to the sheer number of people who took the drug. Due to the high number of expected cases, a motion filed by plaintiffs’ attorneys to consolidate pending cases in a single Florida court has already been approved.

This is great news for people filing lawsuits. This type of case, known as a mass tort, results when a single action results in harm to many people. While a mass tort is similar to a class action lawsuit, it results in far higher settlements than a class action lawsuit. This is because each claimant retains an individual claim within such a case and receives a settlement based on their particular circumstances. For example, the Zantac cases will be placed into settlement tiers depending on how severe the victim’s injuries were and how strong a claim they have. Top tier cases could be worth $500,000, with second tier at $250,000, and lower tier cases around $100,000. It is likely that the settlement will occur by late 2022.

Another advantage of mass torts is that they are settled far more quickly than individual lawsuits. To learn more about how joining this type of case can benefit you, get in touch with a New York pharmaceutical lawyer at Buttafuoco & Associates.

Do I Qualify for a Zantac Lawsuit?

If you took Zantac or a different ranitidine product on a regular basis for six months or more, and were diagnosed with liver, stomach, bladder, intestinal, colorectal, or esophageal cancer, you may qualify to be part of this mass tort.

One of the most important parts of getting the maximum settlement is working with an experienced attorney who will give individualized attention to your case and ensure that it is as robust as possible. When you work with us, we will carefully prepare your case to help you get the best settlement possible.

Buttafuoco and Associates is committed to holding big pharma drug makers accountable for selling these deadly drugs to consumers while concealing their dangers. There is limited time in which to join the mass tort, and acting quickly is in your best interest.