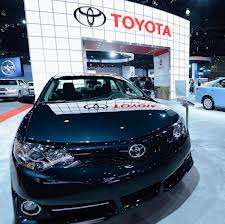 DETROIT — Toyota Motor Corp. agreed on a $1.1 billion settlement toward the class-action lawsuit related to issues of sudden acceleration in its vehicles. A suit was filed in 2010 after numerous complaints were made that Toyota automobiles were accelerating suddenly and causing accidents and injuries.  Since then more then 8 million vehicles in the US have been recalled for problems related to floor mats that could become entangled with accelerator pedals, or pedals that could stick with the throttle open.
While there are still individual personal-injury and wrongful death lawsuits pending against Toyota, in addition to an unfair business practice case brought by the attorneys general of 28 states, the class-action case was the largest legal action related to economic losses by vehicle owners and is one of the largest settlements of its type in automotive history.   Once approved Toyota would make cash payments for the loss of value on these vehicles on up to 3.2 million cars.
The lawsuit was a lingering obstacle for Toyota which had long enjoyed a pristine reputation for quality, safety and reliability.  The settlement appears large but may be part of Toyota’s longer-term strategy to move beyond the acceleration scandal.  Christopher P. Reynolds, Toyota’s chief legal officer in the United States, said “This agreement marks a significant step forward for our company, one that will enable us to put more of our energy, time and resources into Toyota’s central focus: making the best vehicles we can for our customers,”.
Under the proposed settlement, Toyota agreed to:
The company’s sales in the United States have increased 28 percent this year, about double the pace of growth for the overall market. One industry analyst said the proposed class-action settlement would help Toyota continue to rebuild its reputation and market share.
“Toyota wants to put its sudden acceleration recalls behind it once and for all,” said Jesse Toprak, an auto research analyst. “As costly as it may be, this settlement will allow them to remove most of the lingering financial uncertainty.”
If you or someone you know has been injured due to the unintended/sudden acceleration defect in your car call the experienced defective product attorneys at Buttafuoco & Associates 1-800-669-4878
Comments are closed.